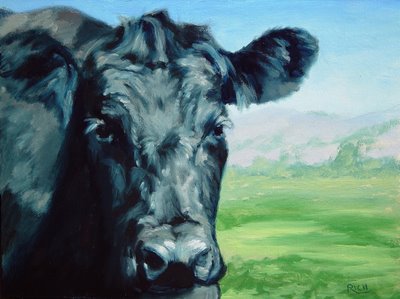 Take it from me: I didn’t give old Bonnie – the faithful, milking cow enough credit. She was one of the producing cows on Kibbutz Einat when I worked in Israel as a volunteer.  Honestly, I was a little offended to have that mammoth as a name sake.  But cows like Bonnie have helped make Israel literally “the land flowing with milk and honey.”

Israel’s Central Bureau of Statistics recently released the figures for milk and honey production and consumption in Israel: The average Israeli cow produces 10.000 liters of milk per year, more than Dutch, American, Spanish, Australian, and European cows. Israeli bees cannot keep up with the local demand. Although 90,000 hives produced 3,500 tons of honey last year, another 500 tons had to be imported to meet demands.

Milk and honey is not just about cows and bees. The early Jewish nation sucked honey from the rock in the wilderness. Image that! I wonder if Moses spread that honey on his bagels for breakfast.

That miracle is a picture of Proverbs 24:13-14: “My son, eat honey, for it is good, yes, the honey from the comb is sweet to your taste; know that wisdom is thus for your soul; if you find it, then there will be a future, and your hope will not be cut off.”

Sometimes the truth hidden within God’s Word can seem as impermeable as a rock. That is why we must “suck” it out–work for it–so we can relish it. The sweetness of wisdom hidden in the Bible will guide and direct us into leading productive and joyful lives.

At the same time, I Peter 2:2 teaches us that the “pure milk of the Word” is that which nourishes and strengthens our souls.

Man does not live by bread  or milk or honey alone but by every word that comes from God’s mouth.

In a global perspective, I am considering the calling of the Jewish people. The first book of the Bible, Genesis, tells us that the Jews are called to bless all the families of the earth. That is quite a calling!

That makes them the distributors of the sweet, spiritual nourishment of “milk and honey” that sustains the human spirit.  I guess that makes them cows and bees for the whole planet.

Now that’s a bonny bovine I can embrace.