Evangelist, pastor, writer, speaker, and radical life changer, Reverend David Wilkerson, died in a car accident yesterday in Texas.  The world has lost a servant and heaven is richer, but how we will miss him. My heart goes out to his wife and four children. May God comfort their grieving and heal their loss.

The world will feel his passing as well. He walked the rough streets of New York City agonizing over the city’s neglected youth and the scenes of desperation he witnessed: hurting souls, rampant drugs, prostitution rings — the helpless trapped in a cycle of injustice, hard knocks, and rebellion…

Wilkerson cried out to God for help and relief for the hurting; and, not surprisingly, he became the answer to his own prayer. God used him to raise a righteous standard and offer a compassionate hand to anyone willing to yield to the way of the cross.

Wilkerson was the founding pastor of the 8,000 member, mega-church, Times Square in NYC. He also founded Teen Challenge which is a successful, faith-based drug recovery program for addicts. Now they have several branches in other countries. Even Wilkerson’s severest critics will tell you they don’t know how the drug program works, but it works!

I remember David Wilkerson most as the author of the best-selling book, “The Cross and Switchblade” which I read as a teenager. My mother gave it to me, and it changed my life. It was one of three that helped guide me as a young person into the missionary life I now serve. The other two: “Through Gates of Splendor” — the story of the martyrdom of four missionaries in South America, and “Anointed for Burial,” about missionaries working in Cambodia during great upheaval and how revival sprang up amidst the trials.

I remember laying Wilkerson’s book down when I finished it and pouring my heart out before God. I stretched across my bed and wailed for the Lord to use me. I begged Him to use me — to allow my life to count for the suffering and neglected. It seems dramatic now. LIttle did I know how few would volunteer for such a life. In my youthful zeal and inexperience, I was afraid God would overlook me and choose someone more qualified. There were plenty more able. But that is not how God works. He uses different weights and measurements when it comes to qualifications and sending.

Not everyone is bent toward the injustices of society and underprivileged, but that book was one of the sparks that ignited my faith to be used beyond the four walls of my home and church.

David Wilkerson was such an encourager, having been deeply tested himself through the years. He was mocked and hated and criticized for offering a helping hand and never compromising the message of “dying to live.” He had more than his share of troubles for all the good he did.

He truly showed us the way of the cross through his own life and sacrifices. He fought an uphill battle and stayed true. He was filling people with hope and faith until his last breath. What a stellar life and amazing testimony. I give all the glory and praise to God for how He used this willing vessel. 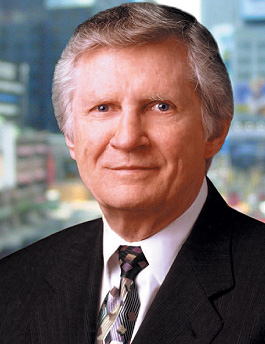 I found his last words to our world interesting. You will find the whole thing here. The last lines were poignant to me:

To those going through the valley and shadow of death, hear this word: Weeping will last through some dark, awful nights—and in that darkness you will soon hear the Father whisper, “I am with you. I cannot tell you why right now, but one day it will all make sense. You will see it was all part of my plan. It was no accident. It was no failure on your part. Hold fast. Let me embrace you in your hour of pain.”

Beloved, God has never failed to act but in goodness and love. When all means fail—his love prevails. Hold fast to your faith. Stand fast in his Word. There is no other hope in this world.

Even in my own life and circumstances, these words have encouraged me today. I am shedding tears as I write this. I think of some in the Church demanding their rights and money, setting standards on how and who they reach. I consider my own struggle to leave a mark and yet demand rights on my mission of goodwill. Imagine “rights on a mission of goodwill.” The two are not compatible.

Wilkerson broke all the standards as he reached out to the neglected selflessly and compassionately. The world will not soon forget him.

Where are the David Wilkersons of tomorrow? I know a few who are ready to stand and shine. But none of us knew it would be today exactly… that we would have to fill his big shoes already…