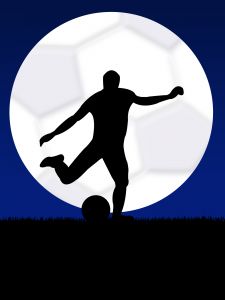 The world is a buzz with the sudden and tragic death of Heath Ledger. I am sad at the untimely death of any human soul. Ledger’s passing made me ponder afresh the world’s clamor for a hero and ask the question why we chose people like him to worship.

We are created to worship and the desire to have a hero is God-given.

It used to be that our heroes stood head and shoulders above the others, not with talents or good looks, but with courage or discipline or outstanding character.

I remembered a poem I wrote about heroes. When I wrote this I was specifically thinking about the world’s worshiping craze for athletes.  The worship of all heroes is the same.

Ancient and modern yet brave, stout-hearted
heroes march across my mind.
I hear their bleeding echoes
shriek across history,
their sacrificial choices that sprang from noble hearts.
Lofty convictions arose puritanical from blood
spilled from their burgeoning life veins and temperance.
Prudent visionaries, they battled bitter
to liberate the human soul of bondage.
The fire of their ideals burn hot today.
I live in the light of their convictions. Humbly,
thank you-though many of your lofty choices
embodied the temporal with no eternal passion.
I try to reconcile such savage sacrifice
without eternal reward.

In silence,
I sit with my reverent heart and ponder.

And the athlete stars march onto the arena,
the crowd cheers the tinseled gladiators,
wildly abandoned to exalt their heroes.
Liberating not a soul,
the athletes absorb, magnify their gain so small,
while we pad their already padded frames.

Their choices spring from exercise and passing passion,
their sweat glistens like gold.
We pay them well to stop our
bleeding for two hours.