On a hill nine miles north of Jerusalem and directly behind the Israeli, Arab village, Abu Gosh, stands a Catholic church called, Our Lady the Ark of the Covenant Church. It was built on the hill of Kiriath Jearim, where Abinadad held the sacred Ark of the Covenant in his house during part of the reigns of King Saul and King David (I Samuel 6-7).

During Byzantine times, a church was built in Kiriath Jearim and destroyed under Persian rule in 614. A farmer discovered the mosaics and ruins while plowing the ground in 1905.

Later in 1924, the present church and convent were built under Catholic jurisdiction. The order, Sisters of St. Joseph the Apparition, was established in 1843 in France. In 1848, the order was invited to Israel. Today they have 15 convents in Israel, The nuns work in clinics, children’s nurseries, and schools.

We were told there are several sisters here presently in the covent of Kiriath Jearim, who live completely secluded lives, literally as hermits, devoted to prayer alone.

The peace of this place is incredible. My dry and desperate soul is soaking up its healing and restive virtues. Often in Jerusalem, it is possible to feel the weight of conflict among the great religions of the world, warring for the devotion and affection of the peoples of the nations. Often the tension between Arab and Jew is stifling and painful.

This place is completely absent of gimcrack which generally fills the streets of Jerusalem. It is a hidden gem, a wonderful secret, off the beaten path… filled with what the world seeks most… holiness, the presence of the Lord, peace, quiet, and joy.

I have been walking the grounds, privately worshipping, meditating, and now writing. Refocusing on what is important in life. 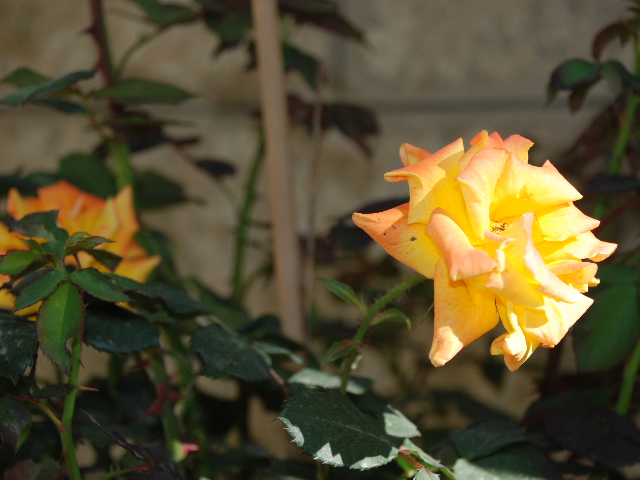 It will be hard to leave this place.

We did discover that the convent maintains a few homes on the property for rental, for as long as a year. My heart jumped at the thought of living here for a year–to write, to rest, to fellowship with Israeli and Arab believers–might fit nicely into our livestyle, someday… maybe sooner than we think…