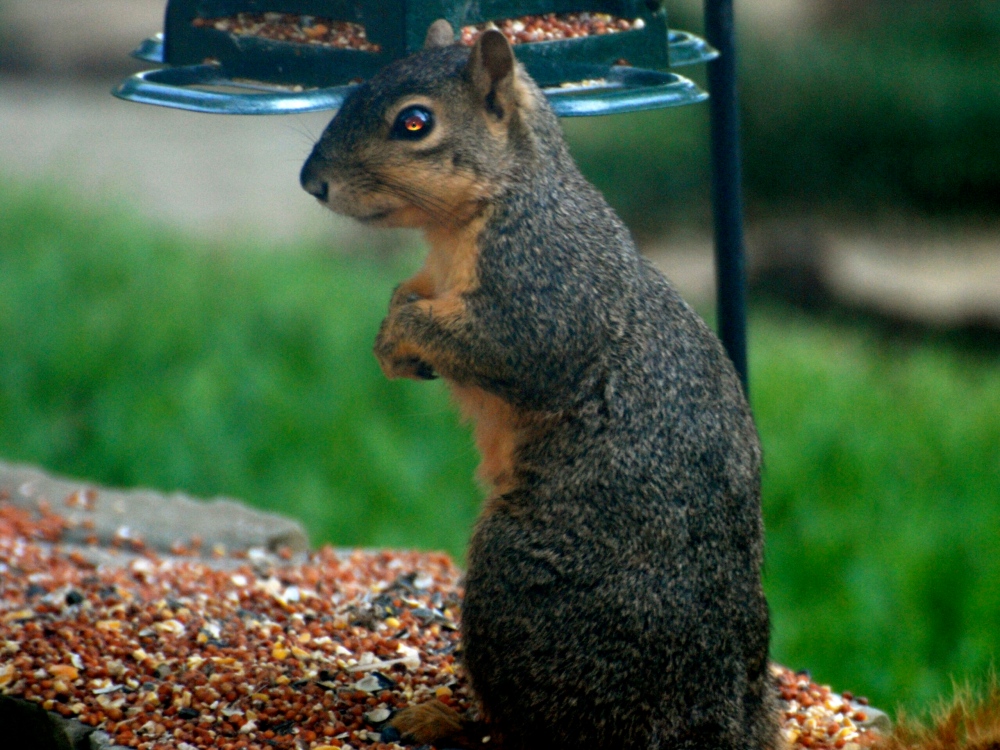 It is shocking! I caught this backyard bandit stealing the birdseed from the bird feeder. 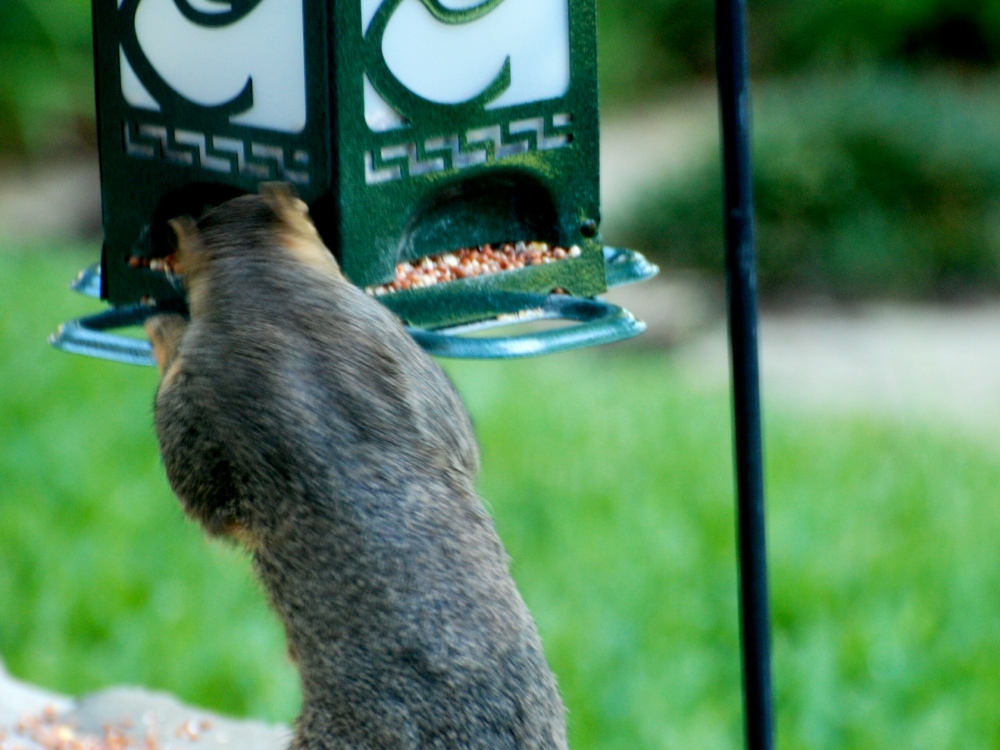 He is destructive too. He dumped the seed all over the ground and just kept going after it, even though I was standing right there…

And he kept the birds waiting in line, while he stuffed face or should I say pouches… Mr. Blue Jay here is waiting his turn, and Mr. Cardinal was on the other side of the the feeder. Unfortunately he flew away before I could snap his picture. And he was disgusted… imagine having to eat after a squirrel? 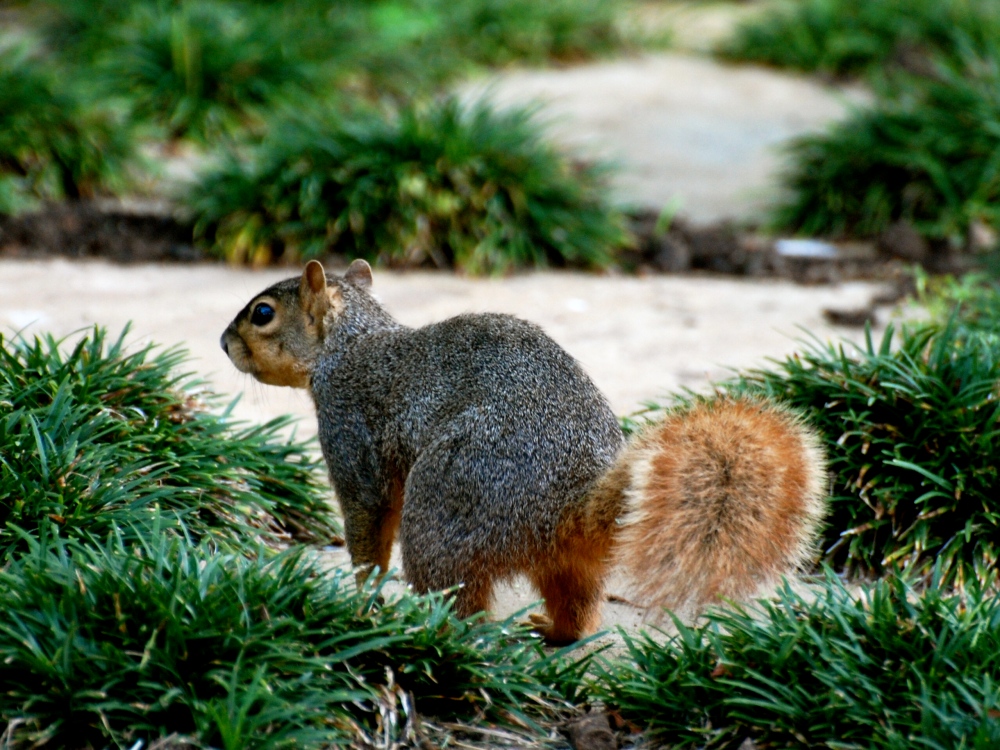 When he had his fill, he scampered off. He wasn’t even in for a quick get away. I am telling you he is brazen, cold hearted, and maybe even dangerous…

He mooned me as he left! Well, I never in all my life have seen such an insolent critter! 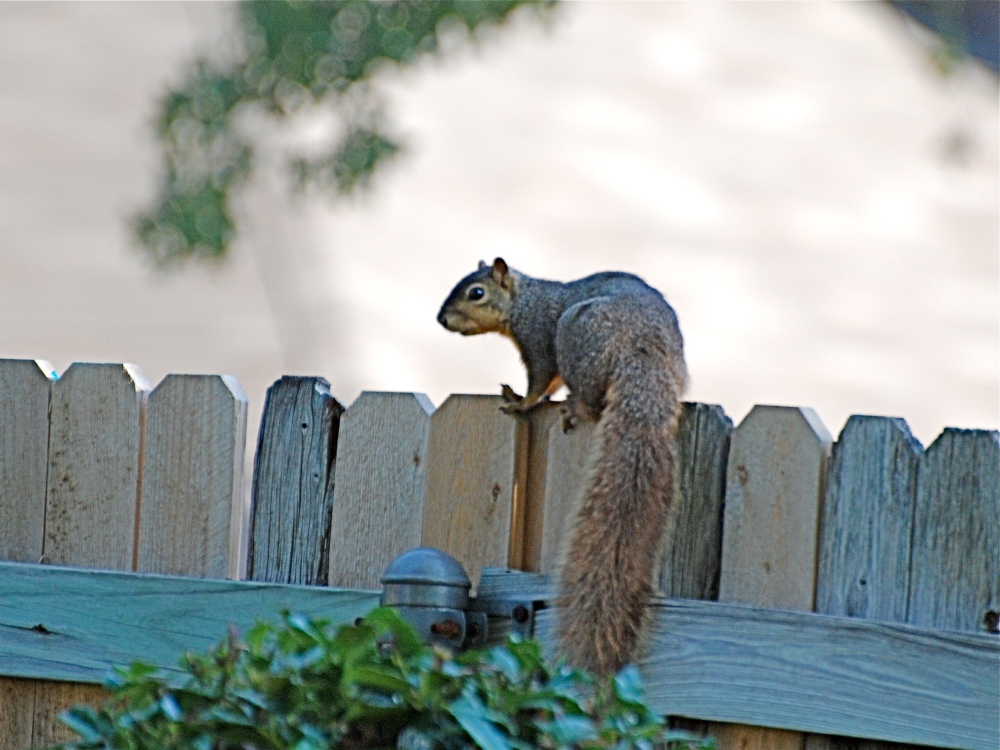 Just as he leaped up on the fence top, he paused, looked my way, and yelled, “Catch me if you can!” He headed north toward Glade and Mid-cities. If you see him, call this number

222.squi.rrel. Hopefully we will catch him before he strikes again.