A secret dream of mine is to have lived in the ancient seaside, sun-drenched town of Caesarea during its glory days. Herod the Great made it a lavish port city and coastal kingdom for his personal enjoyment and the honor of the Rome. It is said to been very progressive in maritime technologies for the age, replete with well-appointed and colossal building structures, detailed and colorful mosaics, and shrines to Roman gods. 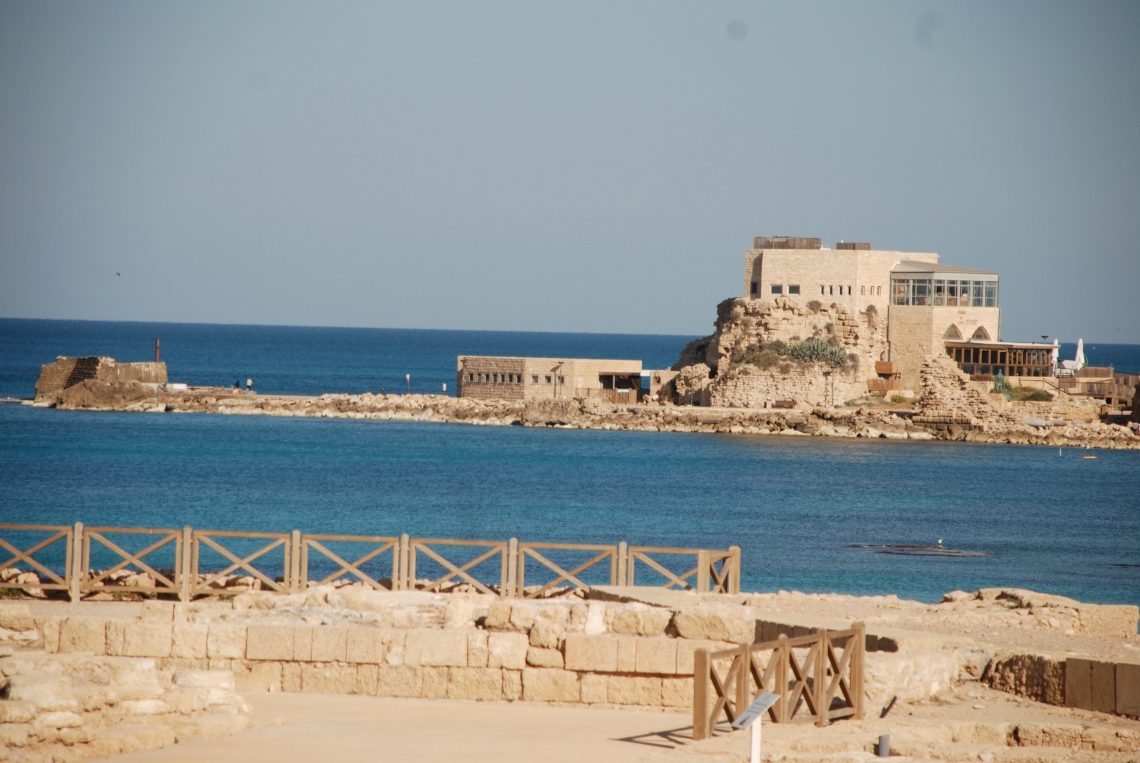 Herod, arguably one of the most brilliant developers and forward thinkers for his time, built storerooms, wide Roman roads, vibrant markets, lively public bathhouses, temples to both Rome and Caesar Augustus, intricately carved columns filled and filled them with statues of Roman and mystical deities.

The Romans claimed the city in 63 AD, and Herod named it at that time in honor of Caesar Augustus. The city became famous for their major sporting events, gladiator games and lavish theatrical events that were held in a magnificent cratered amphitheater of stone that overlooked the Mediterranean Sea.

After Roman rule, Caesarea has an interesting history, flourishing during the Byzantine period. By the 3rd-Century those transient dwellers had all but vanished. Most of its citizens were non-Jewish. Because of this, religious sages of the time exempted Caesarea from Jewish law altogether; and it became a strictly commercial center.

Since then beautiful Caesarea has risen and fallen with various inhabitants from the French, Muslims, Moroccans, Jews, and finally the British. In 1940, Kibbutz Sdot Yam was established by Jewish pioneer zealots from Europe and Russia. They developed it close by the ancient sea village which had become Arab and Christian by then. After the Israeli/Arab war in 1948, the population fled for fear of attacks.

When Israel became a state in 1948, a wealthy family, the Rothchild’s, transferred their extensive land holdings to the new state. The land in and around Caesarea was leased back to the state of Israel by the Rothchilds for 200 hundred years and a foundation developed. Thus the modern, Israeli city of Caesarea was birthed.

The sea views, ruins, rocky coastline, dawns, sunsets, as well as the general Roman rubble reflect the ancient days of glory. A spirit seems to rise from the dusty relics; and as you walk about the city on cobbled limestone and mosaic pathways, you feel, even hope, that a handsome Roman soldier will round the corner on his way to Herod’s bathhouses—making your experience in the seaside city even more exhilarating.

As you stand in the ancient amphitheater, you can almost hear the cheers of the sport’s competitions or the voices of the actors, as they played out the drama of their lives under the same stars, the same beating sun, and next to the same aqua sea of modern Caesarea.

The broken remnants scattered about the ruins gave me a glimpse of the grandiose, larger-than-life size of the buildings, columns, and statues built by Herod. I stood by a single, huge foot from the statue of a Roman, in awe of how colossal it was and magnificent in carving and detail. I envisioned the time when people came, perhaps bowing before it, maybe placing roses on its feet, and pouring their hearts out in prayer to this pure white deity.

I wrote this poem. 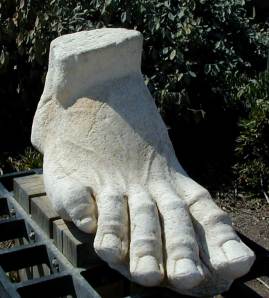 the feet of a roman god

these are the feet of a roman god.
they are magnanimous, colossal,
strong, enduring, beautiful, and
as pure as alabaster.
they are everything a god should be,
but they are not pierced.